Skip to main content
The Story of an Unintentional Community
✕ ✕
Trailer 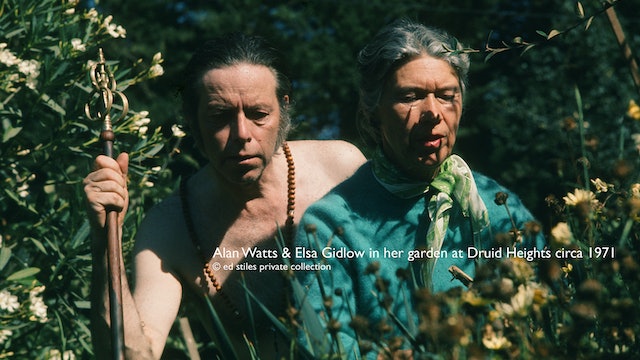 “… something else was on the way, in religion, in music, in ethics and sexuality, in our attitudes to nature, and in our whole style of life” – Alan Watts – In My Own Way

Druid Heights is a short documentary film by Marcy Mendelson

A wild & wooly place. California’s hidden bohemia. Where sex, drugs and philosophy thrived among the eucalyptus just a few miles north of the Golden Gate.

The Heights was and is one of those rare places that is known but not known. It was the site of hundreds of amazing parties over the last fifty years and yet remained tucked beneath some freaky beatnik cone of silence, its muddy dirt road still unmarked on many maps…. Erik Davis – The Visionary State

Right-click this and copy the link address.

Watch on your Television

Watch on your Computer